Judge of this year’s Urdu Spotlight, Sascha Aurora Akhtar, introduces the booklet of Urdu poems that she has curated for the competition. 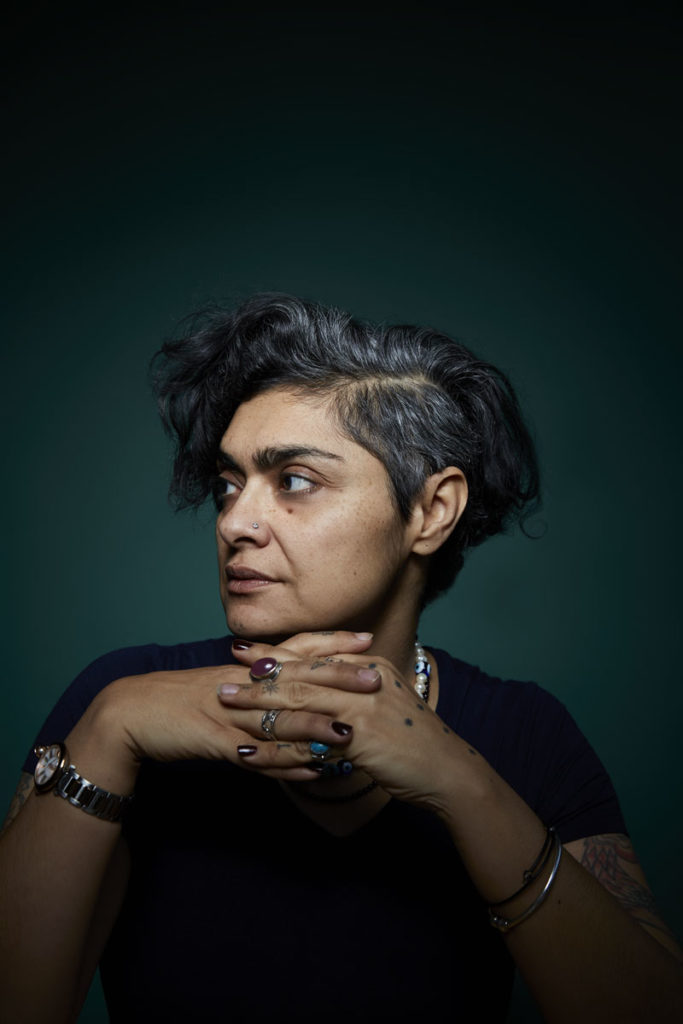 My name is Sascha Akhtar and I am a writer, translator and educator originally from Pakistan. I am honoured to be the Urdu Spotlight curator and judge for the Stephen Spender Prize 2021. I welcome you to the new website and to the prize!

I never set out to be an Urdu translator or to promote Urdu learning. I have been looking back recently, while being interviewed or making video content for children in the context of speaking about Urdu. Through this journey I realized that several factors may have played a part in my desire to translate Urdu and facilitate others to do so too. A person who leaves one’s home, often due to a lack of resources, support or prospects there, uproots absolutely everything to go and re-establish a new home in a different country, is forced to negotiate loss.

Migrating is like a magic trick. One transforms into an entirely different person in so many ways! For many though, this experience is a difficult one and people find they feel a little like Harry Potter the first time he uses the floo powder to travel – not quite all there.

Language plays a part in this. In talking to individuals from the South Asian community in the U.K., I have learnt how this feeling of rootlessness can travel from first generation to second generation. In the 1980s South Asian children were actively dissuaded from speaking their mother tongues at home! These were seen as necessary measures for ‘integration,’ however, for many what this resulted in was loss.

It is interesting that the language one grows up with at home is called ‘the mother tongue’. Yes, language is our mother and so losing the language of our ancestors can feel like losing a mother.

In the UK, South Asian minority groups include Indians (1.45 million, 2.3 per cent), Pakistanis (1.17 million, 1.9 per cent), Bangladeshis (451,500. 0.7 per cent),  Sri Lankans, as well as third-generation Asians, Asians of mixed parentage, people from Nepal, Bhutan and the Maldive Islands and some from the Middle East.

If you are reading this, you, like me, may be one of these people! For you, I have compiled a booklet of Urdu poems to consider in your translation work for the Stephen Spender Prize 2021.

When I began to compile these poems, I thought of community. For many of us, who left our original homes where Urdu was spoken, we left with poems, stories and songs in our heads that our families had recited or sung to us. So I asked Pakistani poets, journalists and academics if they had anything to share that was important in their family, growing up.

In addition, I have chosen poems by Faiz Ahmed Faiz, whom I consider the most important poet of the Subcontinent. He embraced plurality, tolerance and a deeper understanding of life, whilst also being a revolutionary.

Women poets writing in Urdu have often flown under the radar. This is why I have included many women poets who are an integral part of Urdu literature. All of them have spoken for the rights of women and human rights in some form or another.

In Urdu literary culture, poems were often turned into songs by musicians. In particular the ghazals, as they have harmonious rhyming schemes. For this reason, I have included some of these too with links to where you can hear them sung!

In seeking out poems from the community, I came across a gem. A book of Urdu nursery rhymes written by a woman who did a great deal for children from the 1940s onwards in Pakistan. Sara Shibli produced children’s shows for the radio and espoused humanistic values. My friend Ali Hasan, who is now in his fifties, shared with me what may be one of the few remaining copies of her book from the 1960s. This is what he told me about it:

I had this book when I was little, and knew all these nursery rhymes by heart, which is why I got it for my kids. When I got it, Ferozsons [a publisher] was still running… it burned down soon afterwards, and like all other things Pakistan, they never bothered to rebuild it. 🙁

Another anecdote: Bapa [his father] had gotten me a book called “Bolti Alif Bay” which had little couplets for each letter of the urdu alphabet, e.g:

Ferozsons is the publisher of Shehla Shibli’s book. Knowing that it burned down is why I say the book may be one of the last remaining copies!

I think our younger translators will enjoy this book and find it exciting to try to translate the rhymes from Urdu to English. For this reason, these poems too are included.

I am delighted to be supporting all you young translators in your quest to translate from Urdu, which may have been your parents’, grandparents’, aunties’ or uncles’ mother tongue.

You are acting as bridges between your heritage and the society you are now a part of in the U.K! With your work, others will be able to access something special, something extraordinary, something that is a part of you in so many ways.

Enjoy the process and do take advantage of the Rekhta website in addition to your other tools. They have been doing an amazing job of facilitating Urdu learning and sharing Urdu literature since 2013 and I am very pleased that we are partnering with them, in addition to the excellent Urdu Mom and South Asian Heritage Month. 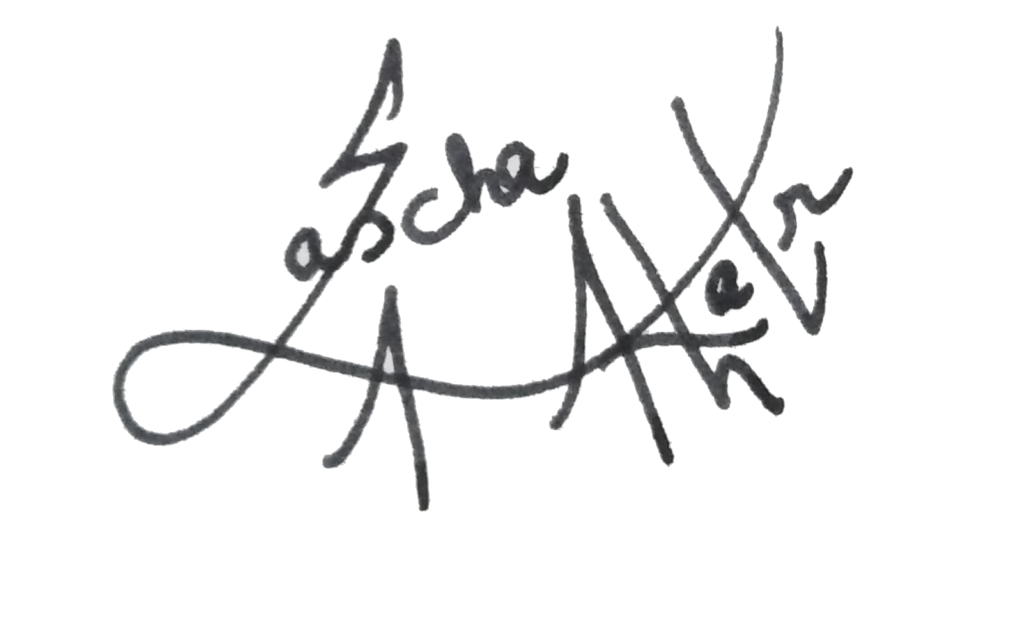 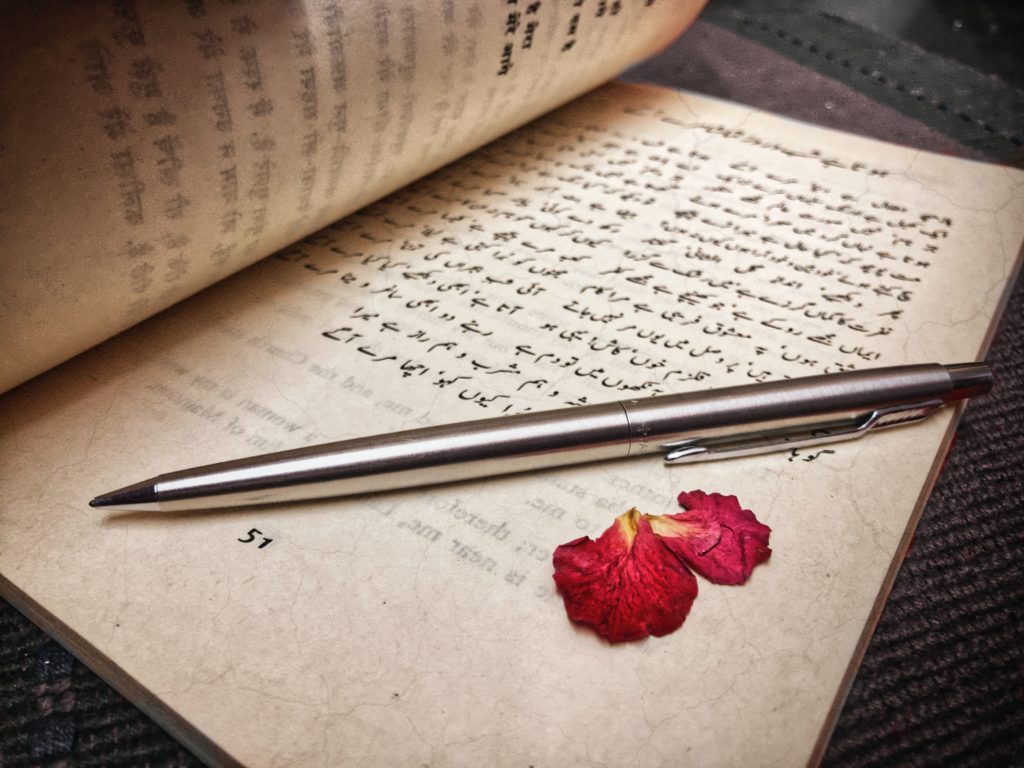